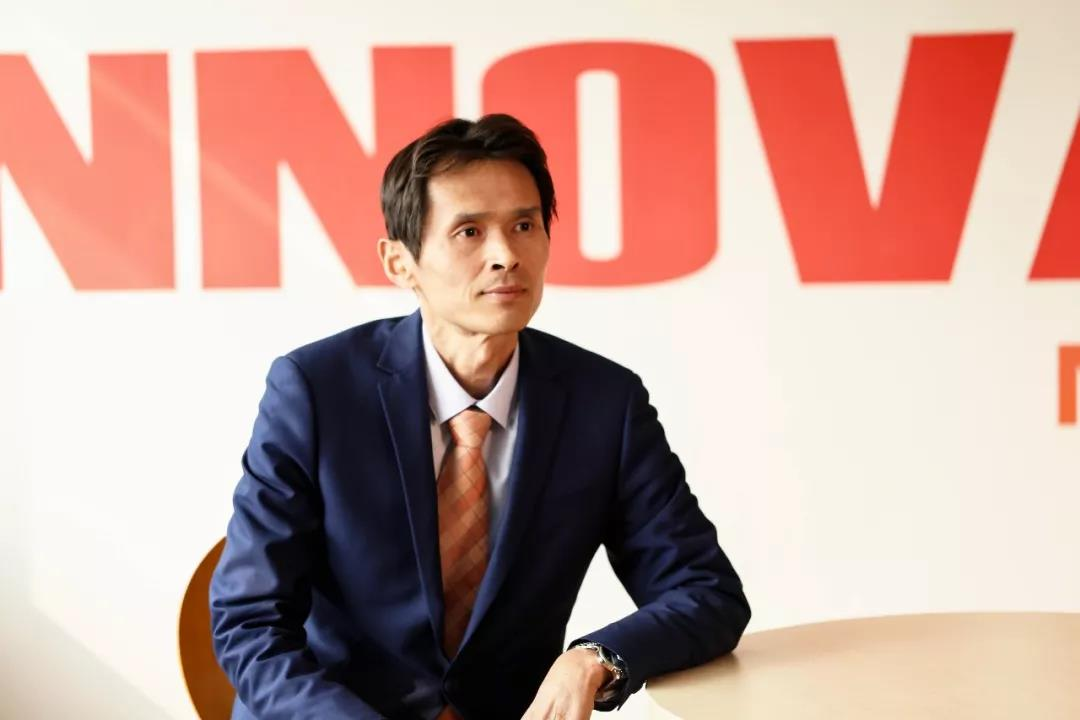 Youcan's founder Li Zhiqin believes that the consumer-grade underwater drone market is in great demand and is a blue ocean yet to be developed. Youcan will start from the current consumer-grade underwater photography products, do a good job in product development and technology accumulation, expand product categories, enrich product performance, improve quality to meet the outbreak of this hundreds of billions US dollars product market. 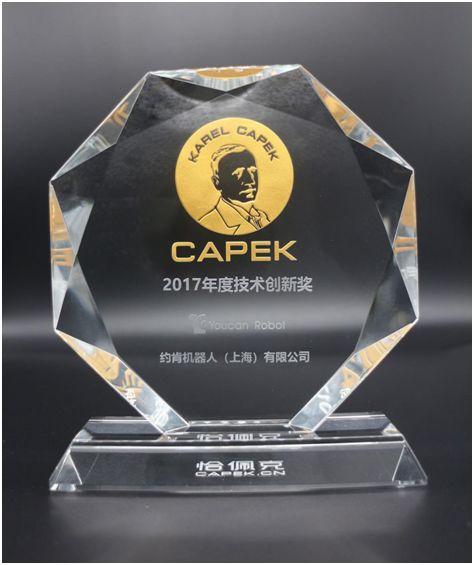 Behind the glory, the success of BW Space is not without trace. Li Zhiqin's keenness in the market, years of experience in video processing and his craftsmanship have achieved Youcan's day.

At the beginning of 2015, there were about 260 robot companies in China, and by the end of 2016, there were more than 2,600. When the fiery wave of artificial intelligence swept through, Li Zhiqin chose to follow the trend and lead the technological change.

Before Youcan, a company founded by Li Zhiqin mainly specialized in audio and video processing boards to provide supporting services for manufacturers of commercial monitors and educational machines. "Although we devoted much efforts to R & D and has made some money in the early stage of the market, but as the price competition becomes more and more fierce, the weakness of not having its own independent brand is also exposed." Li Zhiqin revealed.

Making his own brand products has become a fire in Li Zhiqin's heart.

From the second half of 2014 to 2015, Li Zhiqin was thinking about the company's transformation. Finally, with years of technical accumulation, Li Zhiqin’s team developed several intelligent robot cars in the second half of 2015. At the beginning of 2016, Li Zhiqin moved the company to Lingang. Li Zhiqin believes that the beautiful and quiet environment of Lingang is more suitable for R&D personnel to concentrate on their work.

Li Zhiqin estimated that the consumer-grade of the underwater drone market is huge, and it is a blue ocean yet to be developed. "Underwater entertainment drones market has a demand of more than 2 billion US dollars all around the  world. In addition to underwater entertainment, including pipeline inspection, safety search and rescue, energy industry, fish industry, underwater archaeology and scientific research teaching, marine environmental protection and other fields. The market demand is in the hundreds of billions of dollars."

In August 2016, Youcan Robot (Shanghai) Co., Ltd. was officically incorporated, and Youcan began a new expansion in the field of consumer-grade underwater robots.

The reason why Youcan can play well in the blue ocean of underwater drones is that Li Zhiqin has years of technology accumulation in video processing. Li Zhiqin has both hardware and software and algorithm foundation, as well as system design, supply chain management capabilities and product mass production capabilities. The craftsman spirit inherited from his ancestors made Youcan's deep technical and product advantages.

In Li Zhiqin's memory, the fragrance of wood flooded in the air. From early morning to sunset, Li Zhiqin, when he was young, is always immersed in the time of hand-made tables, chairs and carts with various enamel structures with his grandfather. This kind of experience has been quenching the heart of Li 's.

Even if the time goes away, the craftsman's spirit of meticulous refinement and excellence has already been integrated into Li Zhiqin's blood and has become a natural habit when he treats his products.

The rise of aerial drones led by DJI allows players to satisfy their curiosity about the exploration of the sky to a certain extent. After this subdivision of underwater robots has triggered the player's interest in the underwater mysterious world.

Li Zhiqin believes that although the consumer-grade unmanned underwater robots currently belongs to a brand new field, it has practical applications, especially the diving field in foreign countries is very hot, "playing with water" has become a new entertainment trend, underwater exploration, shooting and other needs are increasing, so the underwater drones market is vast.

Behind the huge market demand, there is often no shortage of wolf-like funds foraging . With the fierce competition in the underwater consumer robot market, Li Zhiqin began to change his mind, he decided to take the road of intelligent innovation on the basis of user's needs.

Compared with the previous generation, the latest BW Space has better shooting performance and more endurance. It can support up to 7 hours of underwater shooting, and the maximum dive depth is 100 meters, with a 4K HD camera can capture more delicate images. 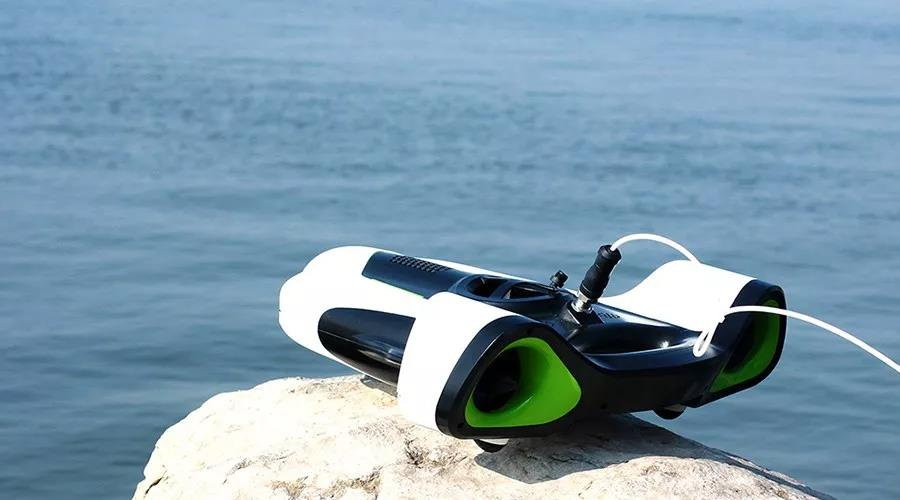 So, what are the advantages of BW Space compared to other similar underwater vehicles on the market?

Li Zhiqin proudly said that the biggest advantage of BW Space from the same kind of products is its intelligent tracking function. Youcan first applied image recognition and intelligent tracking technology to underwater robots based on powerful computer algorithms, image recognition and information processing technology. BW Space is able to identify the target person underwater within 0.2-7 meters and automatically follow the underwater target characters after opening the automatic follow-up shooting mode, so that to make underwater shooting smarter and smoother.

In addition, BW Space also has the function of automatic light adjustment. As the depth of dive and the brightness of the picture change, the machine will automatically correct the light under water.

In this era of valuing appearance, interesting souls also need a beautiful appearance to wrap. The appearance of BW Space is naturally impeccable that it combines a beautiful streamlined appearance with excellent hydrodynamic performance with a user-friendly handle design, smooth lines and very comfortable portability. It is said that its design is inspired by the spacecraft, which was designed by Korean avant-garde designers after multiple modifications.

However, for an innovative enterprise in artificial intelligence, innovation in technology and products is an important part of assessing the company's design and manufacturing capabilities, but the product's landing and mass production can also show the company's real strength and development prospects.

Underwater robots are currently in the early stage of market application. From a global perspective, there are only two or three companies that actually achieve mass production. Li Zhiqin revealed that BW Space will achieve mass production in August 2018. BW Space has completed various tests, such as salt spray test, 100m pressure test, vibration test, aging test, drop test, electromagnetic interference test and electromagnetic compatibility test, and also completed international electronic products. At the same time, international electronic products certification, including UL and CE certification, which paves the way for products to go overseas. In addition, the product has completed the supply chain construction, all key components, modules, sensors and key boards are designed by Youcan. The perfect procurement and processing will ensure the implementation of large-scale industrialization of Youcan products.

With the help of this mass production, it is foreseeable that Youcan will become the real leader of the industry.

The logic of globalization of "good products"

At the same time, its commercial map is gradually expanding overseas. In 2017, Youcan had a market partner in New York, USA. In January 2018, Youcan established a subsidiary in Japan to actively explore overseas markets.

Obviously, after three years of development, Youcan has laid the foundation for the development and production of underwater robots. It has established R&D sales centers in Lingang, Shanghai and supply chain production bases in Ningbo, Zhejiang.

Youcan's marketing strategy is to first develop overseas market, establish overseas market advantages and brand reputation, and then turn to domestic development. Li Zhiqin believes that in the field of underwater robots, the overseas market is more mature, and the domestic market is still in the incubation period and it will take time. Currently, Youcan is actively looking for channel agents around the world, hoping to accelerate the pace and promote BW Space's global business.

Youcan's layout has achieved a lot and has been recognized by the capital side. On May 17, in the Pinghu Park of Zhangjiang Yangtze River Delta Science and Technology City, Youcan signed an investment agreement with Zhejiang Taihao Investment Management Co., Ltd., and Youcan received the Pre-A round of investment from the TaiHao Fund. Li Yunhai, director of Taihao Investment, said that the reason why he is optimistic about Youcan is mainly due to founder Li Zhiqin’s work experience, professionalism and ability to capture market opportunities and the strength of the team. In addition, the expansion of products in Japan and North America has begun to bear fruit, we are full of confidence in the future development of Youcan.

"Good products can speak for themselves". In Li Zhiqin's opinion, he is still a craftsman. “Youcan is a company that pays great attention to user experience. Our products have been iterated to the fifth generation of products. The development and upgrade of each generation of products is based on the user experience and needs, and we are constantly striving for progress. “Every detail that matters to users will take our technicians a month or even months to overcome, and will be tested over and over again before being applied to the product solution." Li Zhiqin said.

While polishing the ultimate products, Li Zhiqin hopes that he will be able to extend the B-end intelligent product line, and apply intelligent technology to the underwater consumption field to play the image and video processing and mass production processing in the future. So that the advantage of cost control provides consumers with a cost-effective and diversified underwater consumer product.